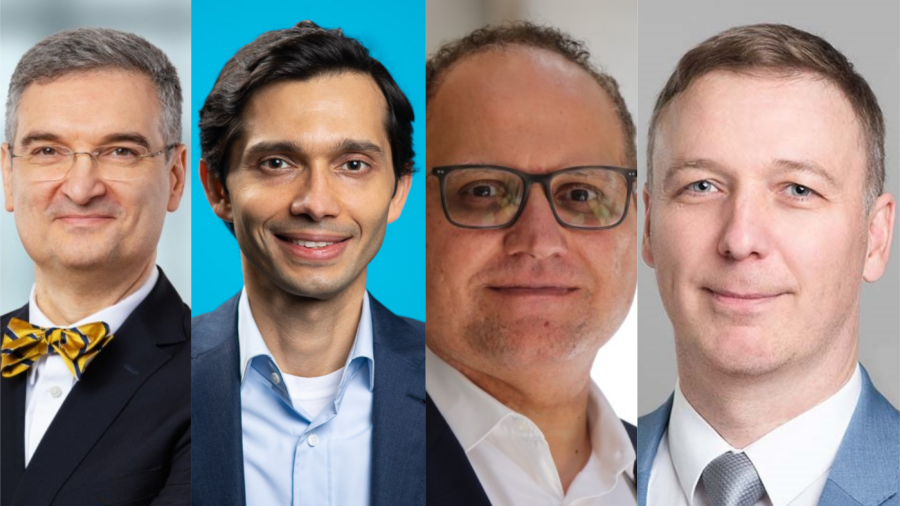 CRANIA scientists receive funding to support the development and commercialization of their promising technology.

We are excited to announce CRANIA co-founder, Dr. Milos Popovic, along with CRANIA scientists Drs Venkat Bhat , Hani Naguib, and Roman Genov have been named recipients of this year’s Connaught Innovation Award.

Recipients of this award receive funding to support the development and commercialization of promising technology. This year’s winners were selected not only for the strong commercial potential of their projects, but also the positive impact they could have on society if brought to fruition.

CRANIA is a clinical, research and academic platform dedicated to helping people living with brain diseases and disorders. Its research is supported by the Walter and Maria Schroeder Institute for Brain Innovation and Recovery.

Popovic, Bhat, and Naguib were given the award for their project “Take Home” Neurostimulation for Depression: Prototype Development and Proof of Concept Clinical Trial.

Their ground-breaking project seeks to develop a device that applies electrical stimulation to the Duchenne marker — a set of muscles on your face that activate when you smile because you’re genuinely happy — to treat depression. Stimulation of the Duchenne marker causes the face to create an expression of a genuine smile. By creating smiles in this manner the brain will believe it’s actually happy.

Over the course of two weeks participants in the trial, who all had moderate to severe depressive symptoms, received electrical stimulation in 10 second intervals to their Duchennee marker for 40-45 minutes each business day (10 sessions).

This occurs because of neuroplasticity Popovic says. This is a process in which the brain modifies itself to recover or function differently in response to stimuli or damage.

Popovic and his team began developing the technology for this device a few years ago when they saw how neuroplasticity was being used to help patients with spinal cord injuries and strokes recover upper limb function.

“We’re still in the early stages of development but the results so far have been very promising,” Popovic says. “This device has the potential to provide an alternative form of treatment to those who are unable to access more traditional methods. Unlike other interventions we have not observed any side effects from using the device.”

This is the second time Popovic has won the Connaught Innovation Award after earning a nod in 2012 for a product he created to restore hand function, which is now known as MyndMove.

Popovic and his team will use funding from this year’s award to create 10 prototypes to conduct more trials in the hopes of moving forward to the production stage.

“It is an honour to have the potential of our technology recognized and validated by the distinguished
members of the Connaught Innovation Award committee,” Genov says. “This would not have been possible without the contributions of the many students and postdoctoral fellows who have been members of our cross-disciplinary team.”

This is Genov’s third time winning this award. The last time he was recognized was for a project involving fast programmable image sensors for versatile low-cost imaging. That served as a foundation for his current project on motion-tolerant high-dynamic-range imaging.

Genov says he will use the funding from this award to build new prototypes with improved performance.

Genov leads CRANIA’s Core B lab, which develops next generation implantable devices that integrate electrodes with a wireless monitoring and communication system.  Brain activity signals and other inputs will be processed and used, in real time, by the device to stimulate the brain – such as in the delivery of neuromodulation therapy – in a responsive manner via accurately implanted electrodes.